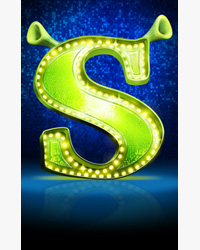 Our 9th-Annual High School Show. A Musical Comedy by Jeanine Tesori and David Lindsay-Abaire Based on the Oscar-winning DreamWorks film, Shrek the Musical brings the hilarious story of everyone’s favorite ogre to dazzling life on the stage. In a faraway kingdom things get ugly when an unseemly ogre — not a handsome prince — shows up to rescue a feisty princess. Throw in a donkey who won’t shut up, a bad guy with a SHORT temper and a cookie with an attitude, and you’ve got a twisted fairy tale, fun for everyone.

Buy To This Event Directions